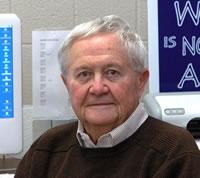 In the early part of my career I was concerned with the history of the philosophy of science. I expanded my research to philosophy of science and epistemology in general, with special attention to the social sciences. All along, I did work in metaphysics, devoting a considerable amount of time to the philosophy of A.N.Whitehead (other major philosophers who have shaped my thinking have been Aristotle, Dewey, Husserl, Heidegger and Sartre).

In later years my attention turned to ethics. I worked first on engineering ethics and technology, an interest which grew out of my teaching in philosophy of science; then on professional ethics in general and its grounding in ethical theory, which culminated in two books; and finally to ethical issues relating to war and peace and the non-violent resolution of conflict, which produced a book on the morality of nuclear deterrence (it is immoral) and problems confronting democracies in the pursuit of peace.

In the Valley of the Shadow: Reflections on the Morality of Nuclear Deterrence. Peter Lang, International, 1999.