Dr. Joseph Bien strengthened the Philosophy community at Mizzou during his roughly 40 years of teaching at the university.

Dr. Bien earned his Bachelors and Master’s degrees at Xavier University. He earned his Doctorate in Philosophy at the University of Paris-Sorbonne in 1968.

Dr. Bien brought lecturers and professors from all over the world to campus. He published various articles in over 10 academic journals and was published in 10 books, two being authored by him. His research pertained to 19th century Philosophy, political and social Philosophy and post-war continental Philosophy. He also served as the Course Director of the International Society of Philosophy of Dubrovnik, Croatia.

Dr. Bien retired from MU in 2015 and passed away earlier this month. The Philosophy Department thanks Dr. Bien for his many contributions to the university and the department. Faculty remember the warm welcome he extended when they joined the department, and students remember his generous mentorship. 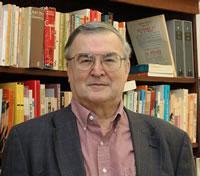